Retrovelo is a small bicycle company in Leipzig, Germany, who in 2003 introduced a new style of bike: the Balloon Racer. These bikes are part city bike, part zero-generation mountain bike, and part, well, a whole lot of other elements borrowed from bikes over the last century. While “retro” in aesthetic, these bikes are not warmed-over anything, but new designs executed with exacting vision and technical innovations never before seen in production bikes. Clever Cycles is the first North American dealer.

They are stunning, easily among the most beautiful bikes I’ve ever seen. The step-through models could be pieces in a gauzy photo shoot with Marilyn Monroe. Confectionary or cupcakes with buttercream frosting come to mind, but those are sticky, weak and ephemeral, while these are timeless lugged cro-mo steel, tough and purposeful. The guys’ ones evoke lumberjacks and German shepherds and underwear (maybe that’s just me). 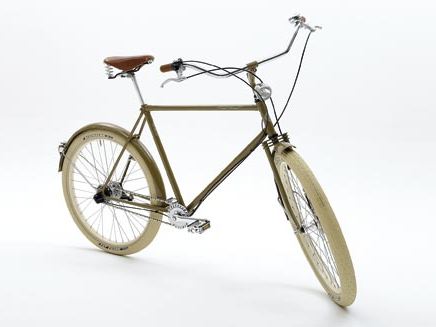 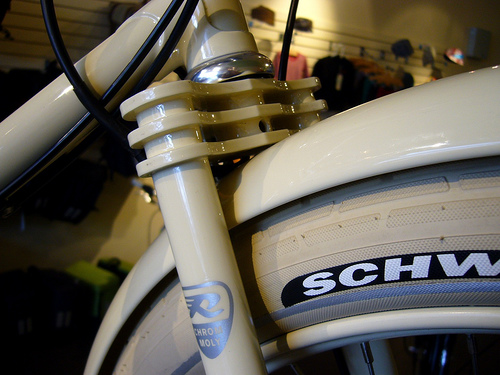 There’s almost a danger in this prettiness: you might think looks are their strongest point. In fact they ride marvelously. Weighing about 10 pounds less than similarly outfitted Dutch utility bikes, and supporting a sportier posture, these bikes scream fun, with wheelies and jumps feeling as natural as just gliding along. More than any other single thing, it’s the tires. Many people with a little knowledge of tires take one look at these fatties and assume that they must be slow. You know what they say about a little knowledge? Schwalbe re-introduced balloon tires in 2001 with the “Big Apple” after decades of obsolescence, and they did it really right, starting with light, supple casings that result in lower rolling resistance than many narrower, higher pressure tires(the data is buried). You can run pressures as low as 25psi, and just float over crummy pavement, rails, even the odd curb or flight of stairs. They are fast. Really. Take a test ride! 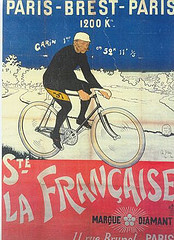 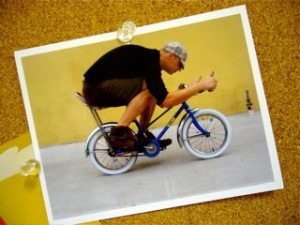 Retrovelo designer Frank Patitz, for whom Schwalbe named the signature “Fat Frank” tires now appearing on a number of Retrovelo-inspired bikes, loves mid-20th-century American industrial design with a zeal found more often outside America than in. On his visit with us in Portland recently he’d stop at every old Nash Rambler, Ford Falcon and the like on the street to photograph them. (We were riding, of course; my eventual eye-rolling produced assurances that he doesn’t actually own a car, but just that he admires them as design objects.)

The bikey parallels of these old cars are the balloon-tired “clunkers” that, after 30-40 years of service (or sitting in people’s garages) got reborn as the first mountain bikes in Northern California, in the late 1970s. Retrovelos are partly an homage to these bikes. Hub gears, drum brakes, Brooks saddles and those distinctive swept handlebars are back! Here’s mountain bike pioneer Joe Breeze taking a Retrovelo down Repack, the legendary Marin County run: 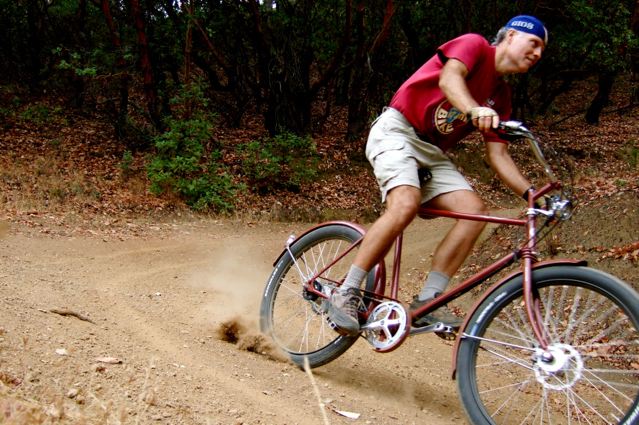 I confess to a certain curmudgeonliness about mountain bikes, or at least about the gap between how they are designed and marketed and how they are most often used. Mountain bikes are presented as toys you load up on cars to drive someplace free of cars, to escape. In reality, mountain bikes are the dominant utility bikes of America. Older, unsuspended ones especially, retrofit with lower-profile tires to bring down the bottom bracket, a rack, fenders, maybe some more comfortable bars please, clamp-on lights: these are the tough, lovable mutts of the American street. The proudest few ascend the karmic spiral of Craigslist and methamphetamine reincarnations to become Xtracycles. You have to love the punk-rock frankenstein aesthetic, or you don’t. What if bikes like this could be designed?

I see Retrovelos as a brighter, less ironic ending to the mountain bike story, or another fork of the story picking up from that same start, thirty years later. They take the essential fun, toughness, and comfort of archetypical mountain bikes, but instead of leaving all the useful, transport-oriented stuff to be bolted on haphazardly by the second or third owner, it’s designed in, gorgeously. 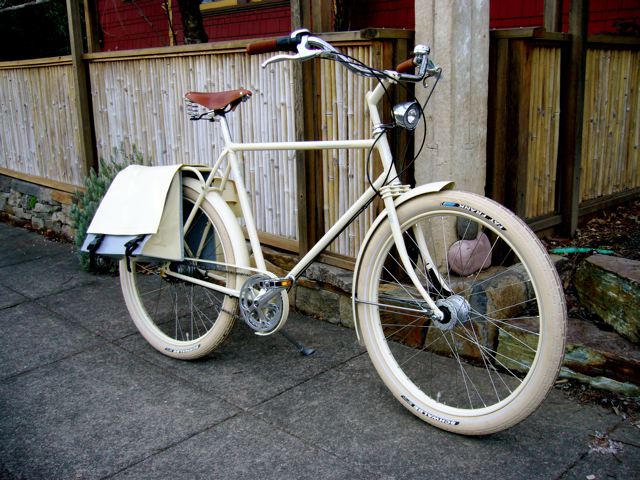 Paul and Paula feature Shimano Nexus 8-speed “red band” (premium) hub gearing and an elegant chain guard. A first in production bikes, models Max and Maxi feature the Swiss Schlumpf High Speed Drive to extend the range of the 3-speed gearhub to 466%, comparable to some 27-speed drivetrains. You shift the Schlumpf by tapping the button in the middle of the cranks with your heel: 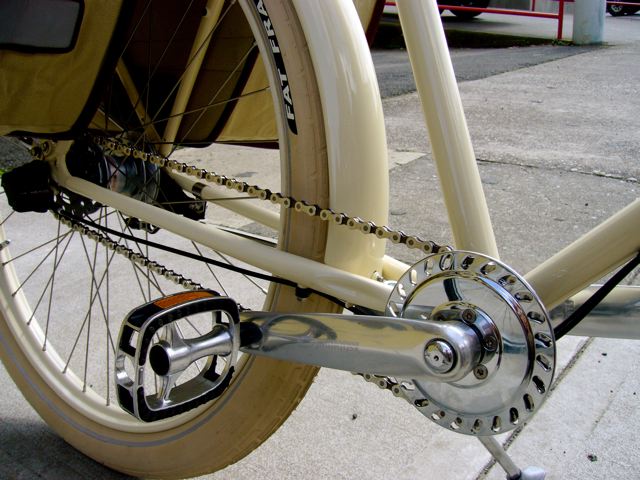