Monday morning a week ago I rode my Brompton in the rain to the Portland Airport, brought it and my camping gear aboard a $49 flight to sunny Pendleton, and before noon was climbing the west face of the Blue Mountains, on the old Emigrant Trail. And a week later, 10 pounds lighter, happier, and smelling of campfire smoke, pine-tar soap, and sweat, I came out of those bright mountains and returned the same way, into the same cold rain. In between I rode about 375 miles and 22,000 vertical feet through the Wallowas to Hells Canyon on the Idaho border, and saw lots of gorgeous country I never quite knew existed. 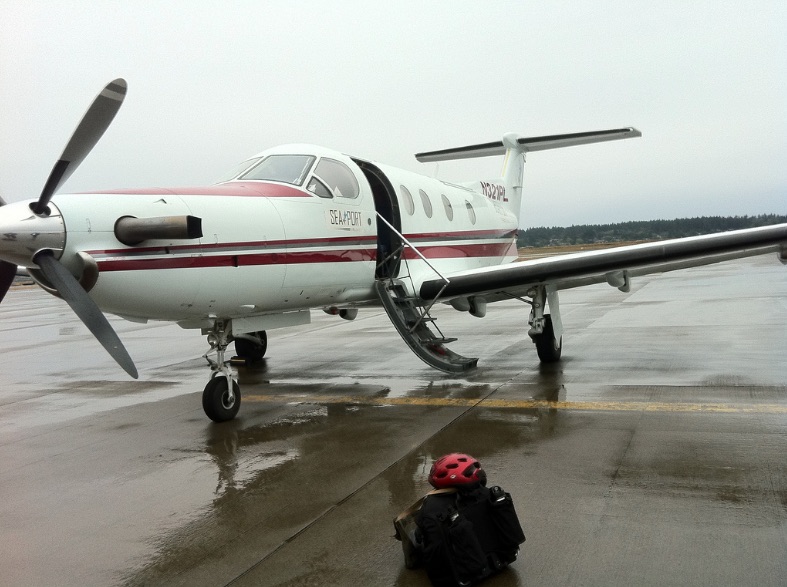 Inspired by Path Less Pedaled‘s tantalizing reports from the same country, and needing another fix of what I got on my own Pacific Coast tour last summer, I found the restorative solitude and physical challenge I was looking for personally. And professionally, I can attest yet again to the fantastic multimodal ease, versatility and toughness of Bromptons as touring bikes! 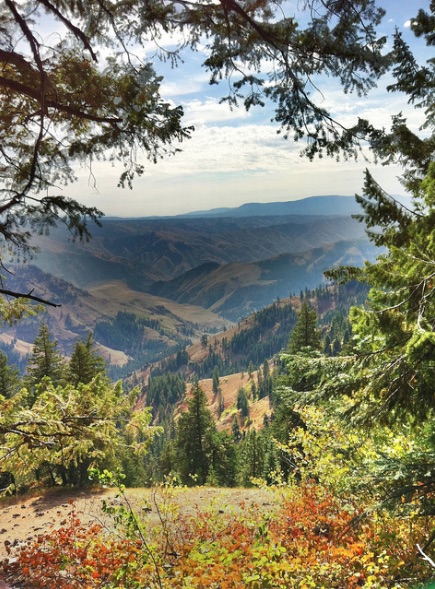 Whether you go by Brompton-on-tiny-plane or find some other way to get your bike to this corner of Oregon, you’re missing out if you neglect to ride this country once in your life. I felt the shame of ignorance as each new breathtaking vista and charming town blew another hole in my preconception of eastern Oregon as pretty much all sagebrush, dust, and truck stops. 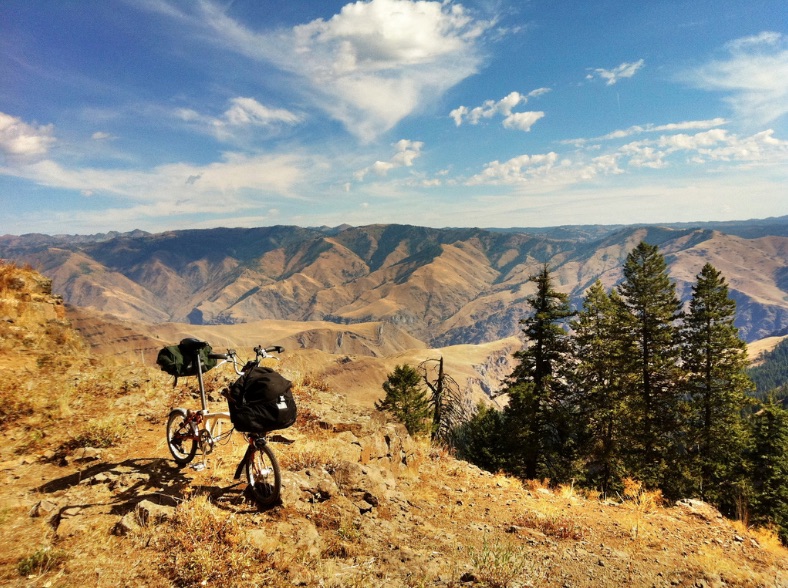 My itinerary, by nights: 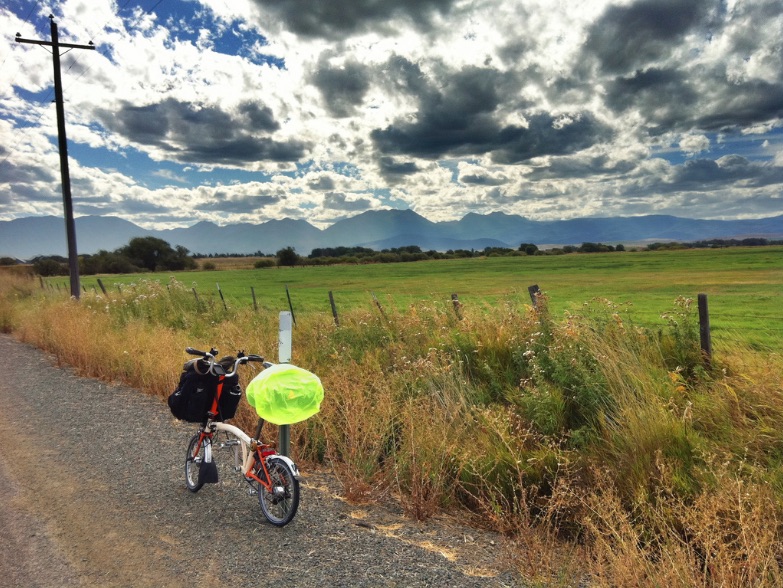 Hunting and fishing are popular in this part of Oregon the way coffee and breathing are popular in Portland. Every fifth dude is in camouflage, even if only hunting wifi. The walls of most establishments I entered are thick with taxidermy and photos of local youth’s first kills of elk, bear, and deer. Unlike many other places this beautiful, with the quality of light this elevation gives, it hasn’t yet turned into an artist’s colony or New Age healing/knick-knack center. The selection of chia-laden kombucha beverages is entirely lacking. I saw no places selling frozen yogurt for dogs (as in Manzanita on the coast). Most of the dogs have field jobs, and seem happy for it. Less cheery is the very high percentage of businesses and properties for sale. That and the many reminders of how heinously mistreated were the Wallowa Nez Perce little more than a century ago.

I saw not a single other bike tourist. Traffic on the busier roads is maybe 10% of what it is on the Oregon coast. My own private almost Idaho. If you’re not as very introverted as I am, bring a friend or three.

My camping kit and all-wool clothing was the same as last summer down the coast, except I took Alex Wetmore’s advice and sprung for a hammock underquilt and top-bag. It got into the 30s at Ollokot Camp, and I stayed truly warm for the first time ever all night in the hammock. I was cold only when I had to get up and make breakfast. This time I went with the standard reduced Brompton 6-speed gearing, and for the first time ever rode courses like this with no knee pain whatsoever, thanks again presumably to the dietary, supplement, and technique regime described previously. 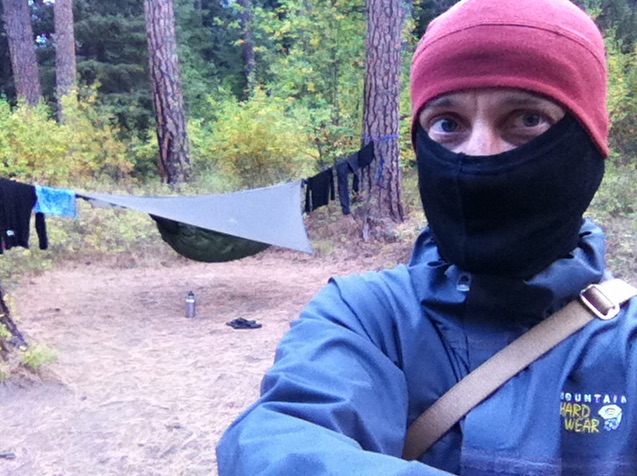 I stayed in the only motel in Halfway, a charming, sleepy town with a gem of a cafe called Levi’s. The motel owners are great. How great? I was a good 20 miles up into the mountains the next day when a vehicle approached from behind, and slowed. I waved the vehicle to pass. It would not. They rolled down the window and held out to me a little headphone patch cord for my iPhone I had dropped in the parking lot. “O! You drove all this way for this?!” “We had nothing better to do.” “Thank you!” And the music resumed.